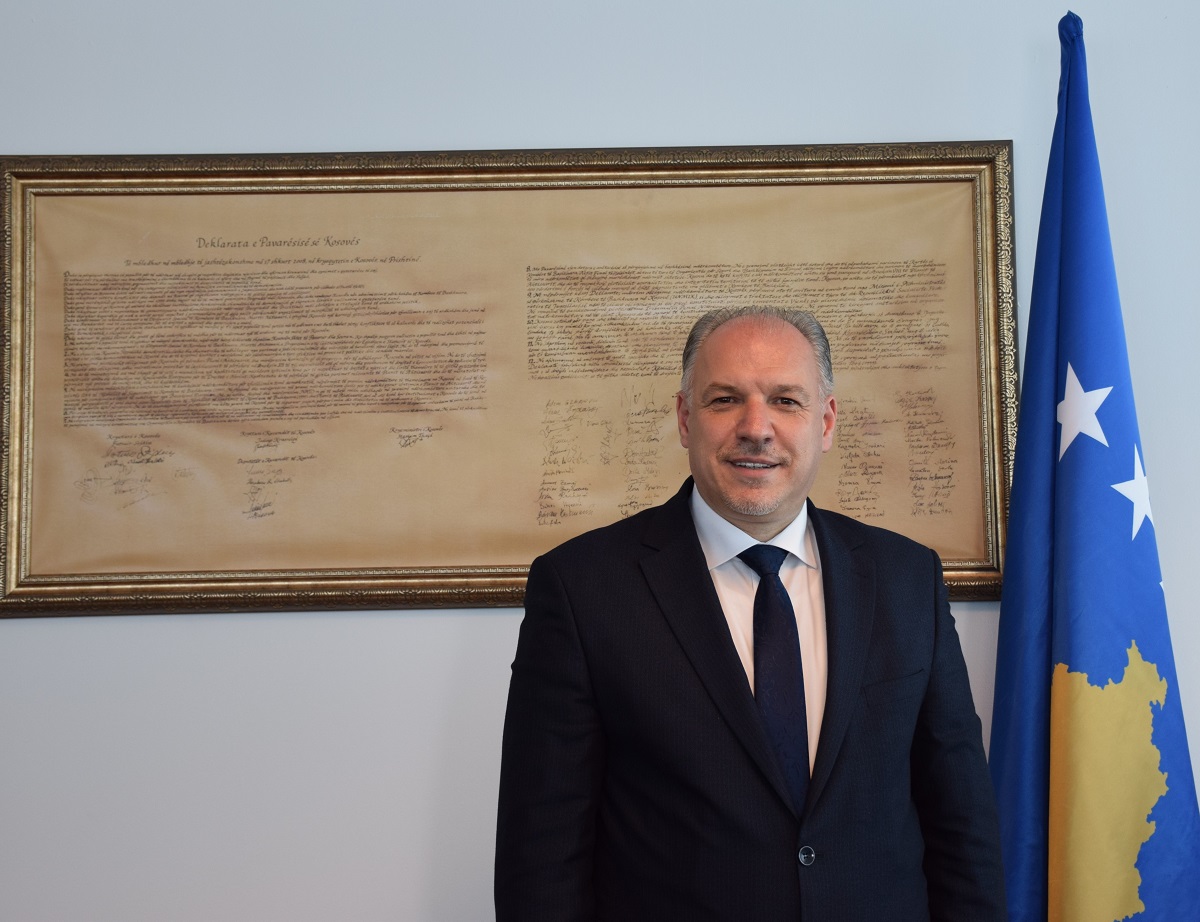 Fikrim Damka was born on October 16, 1972 in Prizren. He completed primary education at Motrat Qiriazi Primary School and secondary education at Gjon Bozuku High School. In 1992 he began his university studies at the Department of Economics of Istanbul University where he graduated in 1996.

After the war, in 1999 he started working as a teacher at the High School of Economics and Law in Prizren. In 2002 he was elected President of the Association of Kosovo-Turkish Teachers. During his leadership, he gave importance to identifying problems related to the Turkish education system in Kosovo. Considering the reasons for these problems, he has organized many annual meetings, conferences and seminars to seek solutions and ensure the further success of the Turkish education system in Kosovo. As a result of these commitments, he has been able to provide solutions to many of the highlighted issues.

In 2005, based on the proposal of the Turkish Democratic Party of Kosovo (KDTP) he was appointed as a member of the Central Registration Commission in Kosovo where he served until 2011.

In 2007 he was elected a member of the board of the Turkish Democratic Party of Kosovo (KDTP) - branch in Prizren. From 2009 he served as a member of the Central Executive Board and Secretary General of the party until 2019 when he was appointed as President of the party.

In 2008 he was appointed advisor to the Minister of Environment and Spatial Planning, and in 2009 as Deputy Minister of Agriculture, Forestry and Rural Development. In the 2010 parliamentary elections, he was elected MP for the first time. After that, he was re-elected in the 2014, 2017, 2019 and 2020 elections.

He has initiated many activities and humanitarian projects for people in need.

His mother tongue is Turkish. He also speaks Albanian, Serbian and English.